Interview: Prof. Richard Watt on COVID-19 and the potential for dental reform

Interview: Prof. Richard Watt on COVID-19 and the potential for dental reform

Home/Articles
News
According to Prof. Richard Watt, the COVID-19 pandemic has shown that radical change can occur at a systemic level in dentistry. (Image: Monstar Studio/Shutterstock)

Though the spread of SARS-CoV-2 has had an undeniably deleterious effect on many elements of the dental world, it has also opened up new possibilities for imagining how dentistry should be delivered. That is the contention of Dr Richard Watt, professor of dental public health in the Department of Epidemiology and Public Health at University College London, in a recent letter to The Lancet. Watt spoke with Dental Tribune International about how points of emphasis in dentistry may change in a post-pandemic world.

Prof. Watt, could you please explain how the current pandemic has helped to highlight opportunities for reform in dentistry?

The COVID-19 pandemic has highlighted some of the underlying problems that dentistry is facing globally. As many of us are aware, dentistry is recovering slowly, and in different countries, various issues have cropped up, but there are some common agendas that we really need to begin to tackle. One of these issues is the lack of an emphasis on prevention in dentistry, either delivered within clinical settings or across community and public health arenas. This was one of the main points I was trying to get across in my letter. 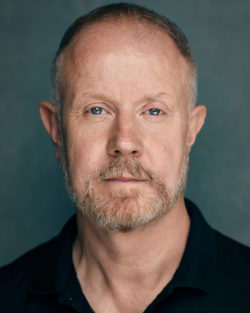 What kinds of steps can, or should, be taken to implement these reforms?

I think the first thing to stress when dealing with such issues is that it’s not just simple reform; it’s not a straightforward issue. For many, many years, the dental profession has recognised that prevention is important, and changes have been made in some countries to address this. Largely, however, dentistry remains a treatment-centred service, and that approach is something that needs system-level reform. It’s not about the individual dental practitioner or the dental team, but instead it is the system of the delivery of dentistry that needs to change. System reform requires discussions to take place at the local and national level between practitioners, policymakers and funding agencies in order to figure out how prevention can be strengthened in the dental practice, as there’s no one system that fits all circumstances.

To be fair, these are big issues that don’t have any quick, easy answers. But I think it’s important that, as a profession, we debate and discuss these bigger issues because, at a time of crisis, there is an opportunity for us to really think through what the future holds.

Do you think that the fact that SARS-CoV-2 has affected everyone’s lives, not just those who suffer from oral health inequalities, will have an impact on the potential for reform in an area like dentistry?

In broader discussions taking place in the media, in academia, and so on, almost all sectors are taking stock of where they are and what this pandemic has meant to them. And overall, there seems to be a shared view that we don’t necessarily want to go back to how things were pre-COVID-19, not least of all because certain things are unlikely to ever be re-established.

In a lot of countries—certainly across Europe—the pandemic has disrupted daily life for many, but it has, however, had the most effect on those populations that are the most vulnerable and disadvantaged. This was already a problem in dentistry, since it often hasn’t managed to provide care for disadvantaged groups to the same extent as it has for other groups. So providing access to dental care for those groups who suffer from inequalities remains a challenge that we need to address.

“The pandemic has [...] had the most effect on those populations that are the most vulnerable and disadvantaged”

Do you think that a measure such as teledentistry, which has been increasingly implemented during the pandemic, can work to help reduce inequalities in dental access in the long term?
Yes, I think that is the case. In parts of the world such as Australia, you have rural communities that are very isolated geographically, and so, rather than expecting them to travel to a city for treatment, a notion like teledentistry should be explored for its potential to improve access for them.

During this pandemic, are there any countries that you think have provided examples for how reform can be introduced into dentistry at a systemic level?
It’s a bit too soon to say for sure, since we’re still very much in the middle of the pandemic. However, if we consider the UK as an example, we can see how the role of many dental professionals has changed during this time owing to their redeployment. When dental services were shut down in the UK—as they were in many countries—thousands of dental personnel were redeployed to other areas of the healthcare system, either to support efforts to combat the pandemic or to provide other forms of healthcare beyond dentistry. And that’s quite an amazing shift, because it changed the professional boundaries of what dentists can do. Over the last few months, these kinds of changes have shown how radical shifts can happen quickly, even at a systemic level.

Many major dental companies have experienced massive losses throughout this pandemic. Do you think this could have an impact on the provision of dental services and will this potential impact be positive or negative?
I think that’s an important point. I think very few people are very confident in their predictions of how the pandemic is going to pan out economically, but we know that there are already increased unemployment numbers. If people are unemployed, they’re unlikely to go to the dentist to get new crowns, bridgework or other forms of expensive treatment. So the effects on dentistry, and the wider dental industry, are potentially massive.

It is hard to know at this stage how much of an economic bounceback there will be and how long that will take. If I were working in the dental industry, I would be looking at trying to diversify and identify opportunities that are beyond what has been done historically in terms of promotional materials and equipment.

LONDON, UK: Just when it seemed that

LONDON, UK: In many parts of the world,

LONDON, UK: According to a recent survey carried out by the British Dental Association (BDA), an increasing number of dental patients in the UK are ...

LONDON, UK: Though the National Health Service (NHS) is considered an exemplar of what a public health model can achieve, its dental arm has increasingly...

LONDON, UK: In an effort to return to business as usual, NHS England has recently announced that it has raised the activity targets of all National ...

“This is how NHS dentistry will die”: BDA issues warning after decline in dental services reported

LONDON, UK: A new poll commissioned by the British Dental Association (BDA) has revealed several worrying trends about the state of public dentistry in ...

LONDON, UK: Since the English government has decided to ease some of the COVID-19 restrictions just as the winter season has arrived, some professional ...